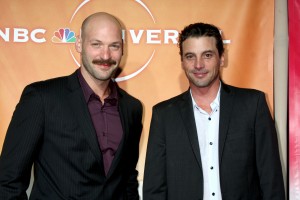 Actor Skeet Ulrich, who rose to fame in the 1990s with the film Scream, commented on the allegations against Harvey Weinstein in a recent interview with Cosmopolitan.

Over the last few weeks, several women have stepped forward to accuse Weinstein of sexual harassment. A few have accused him of rape.

Rose McGowan, Ulrich’s Scream co-star, was one of the first women to come forward with allegations. Weinstein has denied engaging in non-consensual sex.

“I knew,” Ulrich told Cosmopolitan. “Most people knew. I had dinner with someone who is one of the most famous women on the plat – I won’t say who it is – who has not come out, who told me similar things.”

The magazine pressed Ulrich on why he didn’t come forward sooner. His response was the same as most others in Hollywood: He didn’t want to lose his career.

“I can’t step up, certainly then, on allegations,” he explained. “Honestly, and I think it’s what most people faced: How do you cut your livelihood from a very powerful corporation on something that you don’t know what the facts are?”

“Because one person stepping up and making allegations is gonna hurt that one person and not help anyone, especially [against] someone with that power,” he added.

Sallie Hofmeister, Weinstein’s rep, issued a statement regarding the allegations.

Weinstein is reportedly in counseling and “pursuing a better path.” The statement from his rep says he hopes he can be given a second chance if he makes enough progress.