If you own a mobile phone in the US, chances are you’ve heard of ComedyTime. Currently, the original content provider has over 3.5 million subscribers on Sprint, VCAST, Cingular, MobiTV, Altel, Amp’d and U.S. wireless networks.

But what you probably didn’t know is that ComedyTime videos can also be seen online for free. 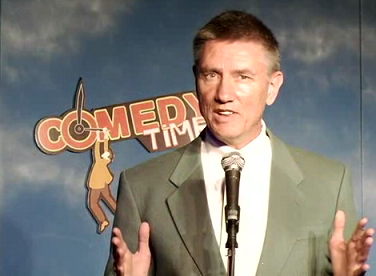 A big advantage that ComedyTime has over other content providers is that it is a partner with Bob Fisher, the owner of the legendary Ice House comedy club. In fact, many clips are taken from performances there where acts like George Lopez and Chris Tucker are regular performers.

Since the company started in 2004, it has grown to encompass 25 original sketch series and counting. Some are sponsored by companies like Def Jam. Here’s a list of the most popular ones:

On paper, ComedyTime seems like a winner. It has a large fan base, tons of original content, and access to quality stand-up. However, I found most of the series to be knock offs (Roscoe the Party Dog resembles Wilfred) and, to my disappointment, a performance from George Lopez has yet to grace the site.


Even though the site may not contain big name acts, decent stand-up isn’t hard to find. Take this clip of Natasha Leggero for example. She’s no Sarah Silverman, but she does open for her.