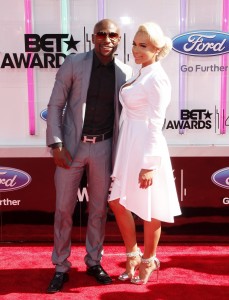 Conor McGregor turned up the heat on Wednesday at a press conference in Toronto promoting his fight against Floyd Mayweather Jr. McGregor worked the crowd, calling out Mayweather about everything – including his reading problem, tax issues and even his age..

“What are you doing with a school bag on stage, you can’t even read?!” McGregor quipped.

Mayweather owes the IRS $7.2 million in back taxes from 2010, according to records. He also owes $22 million from 2015. That’s the same year he made $200 million from his fight against Manny Pacquiao.

All of this came after a not-so-great press conference on Tuesday at the Staples Center in Los Angeles.

While McGregor stole the show, Mayweather did get some time to speak – and he got in some good digs himself. The boxing champion said the truly rich guys don’t need to wear suits because they don’t have to.

But some say McGregor was insensitive when he called Mayweather “boy” twice. Mayweather told TMZ he wasn’t offended by the comment.

“We all know there’s only two types of boys – a white boy and a cowboy – and I’m neither,” he said. “Racism still exists but you know, I try to make something negative and turn it into something positive.”

Mayweather says McGregor is “entitled to feel how he wants to feel,” and that he’s in his own zone where he’s focused.

McGregor has been criticized for his comments in the past. In March, he took an insensitive jab at Jose Aldo.

“What I really want to do is turn his favela into a Reebok sweatshop,” he said. “They work well over there.”

Mayweather and McGregor are on a four-stop tour. They’ve already hit Los Angeles and Toronto. Next, they’re headed to New York and London.

The fight will take place in August.