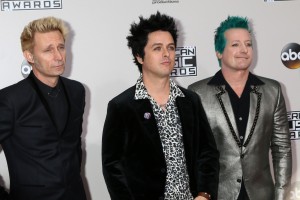 Green Day has made a public announcement after an acrobat died in front of festival-goers at Madrid’s Mad Cool Festival. The death sparked backlash from fans and news outlets questioning why the band continued to play following the acrobat’s death.

“Many of you are wondering why we continued to play our show after the accident. Green Day did not hear about the accident until after the show was over. We didn’t even know there was an acrobat performance at all,” said Billie Joe Armstrong.

Armstrong, who wrote on the band’s official website, mentioned the acrobat by name in the announcement and continued to explain that they were in a compound a half mile away from the stage at the time of Pedro’s death.

The post states that the band was told there were “security issues,” but explained that security issues are common. They were not told why there was a security event.

“I don’t know why authorities chose not to tell us about the accident before our concert,” the statement read. “This has never happened in 30 years Green Day have been performing live.”

Armstrong wrote, “If we had known prior to our performance we most likely would not have played at all. We are not heartless people.”

The acrobat, Pedro Aunion Monroy, fell 100 feet while performing a stunt above the crowd, and died from his injuries moments later. Thousands of people in the crowd witnessed the event. Organizers and festivalgoers both criticized Green Day for coming on stage and performing their entire set after Monroy’s death.

Investigators are still trying to determine why the equipment failed and caused Monroy to fall to his death. He appeared to be wearing a safety harness at the time of his fall.

Organizers say that the show continued for “security reasons.”