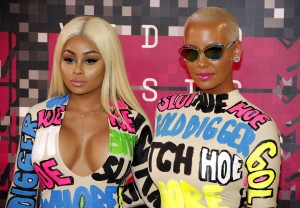 In an explicit on-camera interview with TMZ at LAX on Saturday, T.I. fired back at Rob Kardashian over his public Blac Chyna.

Rob has faced serious backlash for accusing Blac Chyna, his ex and mother of his child Dream, of cheating on him. Rob posted naked photos of her and berated her on social media.

The story has not been confirmed by any of the parties.

In the on-camera interview, T.I. once again condemned Rob for his rant and making the feud a public ordeal.

Rob has yet to answer to T.I.’s on-camera response, and has been silent on social media since his Blac Chyna rant.

Chyna is reportedly ready to take legal action over Rob’s posting of her nude photos. Her lawyer, Lisa Bloom, announced on Friday that they are seeking a restraining order against Rob.

Chyna and her attorneys will reportedly make an appearance in court to request the “appropriate restraining orders to require Mr. Kardashian to behave like a grownup toward the mother of his baby,” E!News reports.

Green Day Responds to Acrobat’s Death at Mad Cool Festival
Jay-Z Opens Up About His Marriage With Beyoncé in 4:44 Album