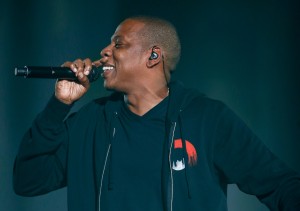 Music royalty Jay-Z and Beyoncé are two of the most recognized stars in music. Jay-Z released his latest album, 4:44 on Tidal on Monday, giving fans a glimpse into his life with Beyoncé. The couple’s marital troubles made headlines when Beyoncé released Lemonade in 2016.

Jay-Z’s 4:44 album contained footnotes that give a glimpse into the mind of the rapper. One footnote shocked fans, stating, “This is my real life. I just ran into this place and we built this big, beautiful mansion of a relationship that wasn’t totally built on the 100 percent truth and it starts cracking.”

The rapper continues with, “Things start happening that the public can see. Then we get to a point of ‘Ok, tear this down and let’s start from the beginning.’ It’s the hardest thing I’ve ever done.”

The two stars kept their private life out of the spotlight for years until an altercation between Jay-Z and Solange Knowles at the 2014 Met Gala. The family was then pushed to release a statement giving the world a first glimpse into their private life.

Jay-Z confronts the event with the opening track on his album, stating, “You egged Solange on knowin’ all along, all you had to say you was wrong.” His lyrics state that he knew he was wrong the entire time, but he had too much pride to admit it at the time.

Jay-Z’s footnotes along with the entire album are streaming on Tidal exclusivity.

The rapper states that Beyoncé listened to the entire album before it was released. Jay-Z also took swipes at Kanye West along with Future.

Jay-Z announced yesterday that he will be touring 31 cities during his 4:44 tour to promote the album.

The most touching lyrics in the album may be: “You mature faster than me, I wasn’t ready. So I apologize, I seen the innocence leave your eyes. I still mourn this death and I apologize for all the stillborns ’cause I wasn’t present, your body wouldn’t accept it.”