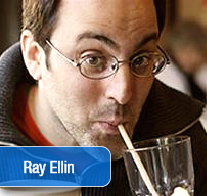 Next Tuesday (May 1st) a new comedy variety show will be hitting the internet.

It is called LateNet with Ray Ellin and will be filmed live from the Comix night club in New York. The show comes from DailyComedy.com, the web video community of comedy lovers.

I’m a big fan of comedy and jump at the chance to watch something funny and there’s something even more appealing about LateNet which makes me want to tune in.

You are the studio audience!

. Paltalk is a peice of video chat software that has a community of 4 million users.

Using Paltalk video chat, the host and special guests can interact with anyone in the audience even if they are sat at a PC in Alaska.

Unfortunately the video chat system from Paltalk will only run in Internet Explorer and you will need to quickly install Paltalk first before tuning in.