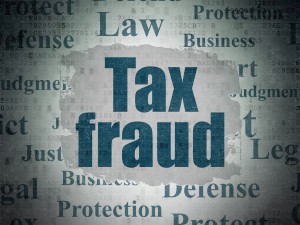 Rapper DMX was charged with tax fraud on Thursday as part of a 14-count indictment that hid millions of dollars in income from the IRS. According to a report from the Washington Post, DMX dodged $1.7 million in taxes.

The rapper, whose birth name is Earl Simmons, is set to appear in the Southern District of New York court Friday morning.

Prosecutors say DMX engaged in a multi-year scheme that concealed millions of dollars from the IRS.

“For years, Earl Simmons, the recording artist and performer known as DMX, made millions from his chart-topping songs, concert performances and television shows. But while raking in millions from his songs, including his 2003 hit ‘X Gon’ Give it to Ya,’ DMX didn’t give any of it to the IRS,” said Acting U.S. Attorney Joon H. Kim in a statement.

DMX, according to Kim, even avoiding filming one television show until he was reissued a check without withholding any taxes.

“Celebrity rapper or not, all Americans must pay their taxes, and together with our partners at the IRS, we will pursue those who deliberately and criminally evade this basic obligation of citizenship,” Kim added.

Between 2010 and 2015, DMX earned over $2.3 million, but did not even file personal income tax returns during this period, according to the court.

DMX was able to dodge his taxes by maintaining a cash lifestyle.

The rapper also filed a false affidavit in U.S. Bankruptcy Court, in which he listed his income as “unknown” for 2011-2012 and $10,000 for 2013. The court say the rapper earned hundreds of thousands of dollars in income each year during that period.

DMX’s case is being prosecuted by the Complex Frauds and Cybercrime Unit.