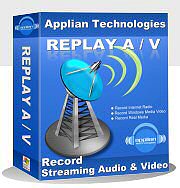 Replay A/V 8 is the TiVo of web TV and video allowing you to record a variety of music and video from the internet and convert it into almost any format so you can watch it on an iPod, a DVD and more. With so much video appearing on the internet Replay A/V is a helpful tool giving you more control over when and how you watch internet video

Replay A/V version 8 has recently been released and supports a damn fine selection of streaming formats including Windows Media, Real, Flash, QuickTime and Shoutcast streams so pretty much all internet video can be recorded. You can even record ten or more videos at once 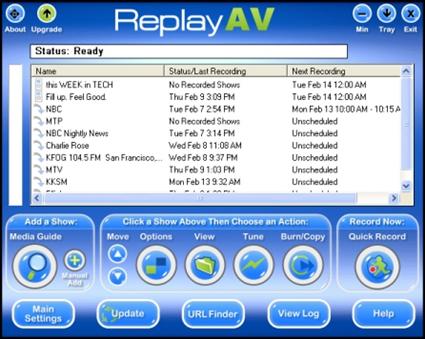 Replay A/V even comes with a media guide making it that little bit closer to a TiVo since it can guide you through video to watch and record on the internet.

With Replay A/V you can record:

Replay A/V has a free demo available and costs $49.95 for the full version which I feel is a little bit high, but as far as I know it is the only dedicated software available that acts like DVR for internet video and supports so many streaming formats and allows conversion different video formats.

Click here for more information and to get Replay A/V

Save on Nashville Car Insurance!