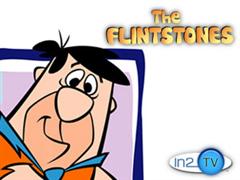 AOL’s In2TV has added a whole host of new cartoon episodes to its online TV station that will keep kids thoroughly entertained. In addition it has added classic musical performances from classic musicians.

Here’s the rundown of new Web TV from In2TV:

The Looney Tunes channel features hundreds of classic animated cartoons which are now appearing online for the very first time. These include cartoons from 1936 to 1964 featuring:

Classic Episodes include: Porky’s Duck Hunt (1937) where Daffy Duck made his debut and Porky’s Hare Hunt (1938) where Bugs Bunny first hit out screens.


Hanna-Barbera Cartoons on the Animation Channel

With the legendary animator William Hannah recently passing away these classic cartoons represent some of the Hanna-Barbera Cartoons greatest work. Online cartoons available are such classics as:

Now you can really keep the kids entertained without a cable subscriptions by letting them watch such great cartoons as The Flintstones online.

Breaking away from Kids TV In2TV has launched a variety of classic music videos from legendary performers including:

– Do you have a website about Kids and Teens? Then get a quality link to your site from the Big Web Links Directory.

– Many sites are offering free card games for download.