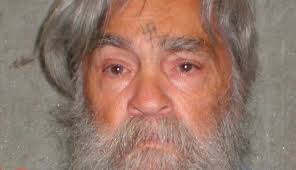 “Charles Manson, the cult leader who sent followers known as the “Manson Family” out to commit gruesome murders, has been taken to hospital, the Los Angeles Times has reported.

“Manson, 83, was in a hospital in Bakersfield, California, and his condition was unclear, the paper reported, citing Kern County sheriff’s lieutenant Bill Smallwood.

“A spokeswoman for the California Department of Corrections and Rehabilitation declined to comment to the Los Angeles Times.

“She cited privacy laws that preclude the agency “from commenting on protected health information for any inmate in our custody”, the newspaper reported.

“State and local officials were not available for comment.

“Manson, who was serving a life term for orchestrating one of the most notorious crimes in US history, had been imprisoned for more than 45 years at Corcoran California state prison.”

Read more at The Guardian