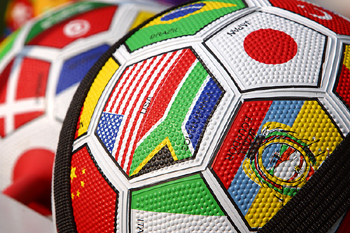 Some call it football, others call it soccer; no matter what you call it it’s the number one game in the world. Over the last week we’ve gone soccer-mad and unearthed some fantastic football videos.

These vids showcase the skills of some of the sport’s greatest players, including Ronaldhino and David Beckham, along with some of its lighter moments.

From on-field bloopers and brawls to the spectacle of post-goal celebrations, these videos capture some priceless football moments.

It seems like absolutely everyone loves soccer, from clueless canines to the Top Gear team. These videos may not show the elite athletes of our previous selections, but they’re so much fun that we couldn’t resist including them!

– Soccer – learn about a well-renowned game, having world wide soccer lovers and fans.
– Get soccer information from the well-known soccer clubs of the world.
– American football – learn about well-experienced and well-qualified players with remarkable value.
– Football leagues – the matches of football among different teams of the world.
– NFL – the most popular league for football lovers.