Paired with Ai Sugiyama for women’s doubles in tennis, Ayumi Morita is thrilled to represent Japan at her first Olympic appearance. Learn more about Ayumi by reading this post. 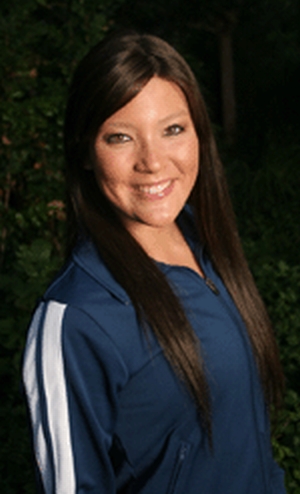 Synchronized swimmer Annabelle Orme will be representing the US at this years Olympics, a dream she has held since watching the 2000 games. Find out more here.

Taekwondo runs in the Lopez family and she and her brothers are the first trio of siblings on the same US Olympic team since 1904. Read more about Diana and her family here.

Jamaica native but representing the US, Sanya Richards is ready for great success after making an excellent Olympic debut in Athens. Find more videos and pictures of Sanya here.

She may have ‘retired’ temporarily, but she certainly doesn’t show it. Click here for more Chantelle pictures and videos.

Representing Great Britain in the heptathlon, Jessica Ennis’ standing as the smallest and youngest athlete in that arena is more than made up for in talent. More videos and pictures featuring Jessica can be found here. 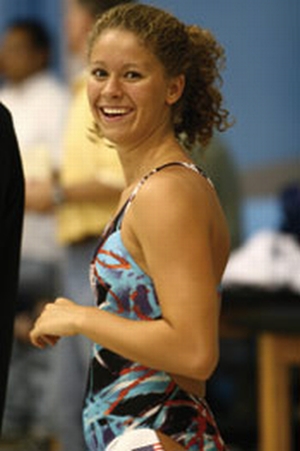 She may be the youngest member of the US swim team, but that definitely doesn’t mean you should underestimate Elizabeth Beisel. Read more about her here and see some more pics.

Heading to her first ever Olympics, Agnes Szavay will be representing Hungary in both the women’s singles and doubles for tennis. You can find more sexy photos and videos of Agnes here. 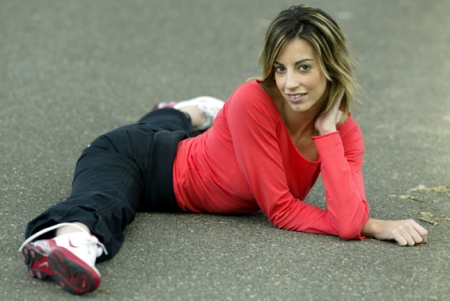 Beautiful, graceful, and a bombshell on the gymnastics floor, Almudena Cid is one of the most popular rhythmic gymnastics competitors. Check out more very sexy photos and competition videos of Almudena here.

World record holder and silver medal holder, Leisel Jones is one Aussie to watch in the swimming competitions. Want to see more of this Aussie swimmer? Click here.